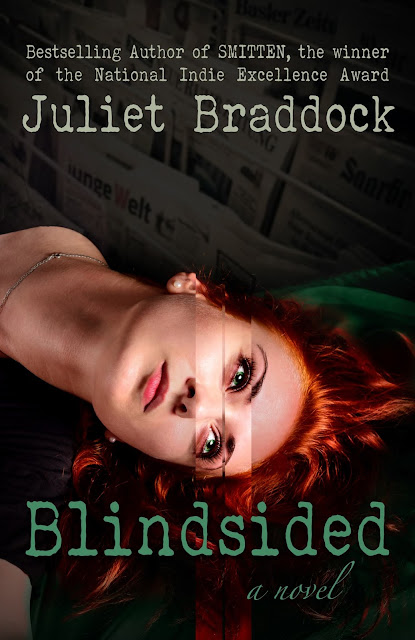 Inspired by award-winning, bestselling author Juliet Braddock’s own experiences with vision loss, BLINDSIDED reunites two rival journalists who must decide if love really can triumph over their tumultuous past to build a new, albeit different, life together in the face of their greatest challenge yet.

Josie Rossi has trouble forgiving and forgetting. Although she relinquishes sexual control, she’s daring and resilient. Born and raised in New York City, she gets what she wants at whatever cost—everything except for her former colleague, Oliver Billington.

Just as driven and successful as Josie in his own right, Oliver has created a façade, exuding a valiant front that masks the horrors he’s hiding. He lives an edgy existence, fighting every step of the way to forget the salacious moments of his relationship with Josie.

A chilling turn of fate sweeps these broken lovers into a fury of angst and lust. Josie returns to his life, forcing Oliver to unveil the emotions he’d harbored since their break-up a decade earlier.

The hands of time, however, didn’t sooth Josie’s anger—or weaken her passion for Oliver. She can’t deny her own hunger, but her doubts over his sincerity continue to linger.

Before they dare to consider a possible future together, tragedy threatens to destroy every last shred of hope they shared. As their lives change once again, Josie and Oliver must ultimately decide if trust can salvage the remnants of their love.

I am head over heals for Oliver and Josie and their story. They are so wonderfully written that I felt every emotion they felt throughout this story. This is a definite must read.

PLEASE DELETE IF NOT REVIEWING 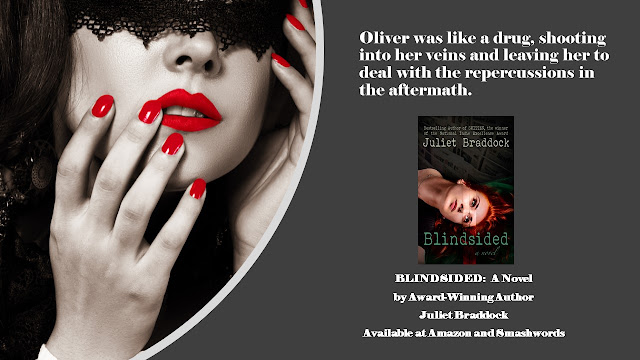 After suffering with blurry vision, Juliet found herself in the emergency room, surrounded by a team of neurologists. The diagnosis was Pseudotumor Cerebri, a rare disease that produces excess spinal fluid on the brain. She’d lost sight when the pressure from the fluid damaged her optic nerves.

Two spinal taps and three surgeries—including a shunt to drain the fluids from her brain—did not restore her sight. All along, she wondered and worried if she’d ever write again.

“One of the saddest days of my life was having to pull BLEMISHED from Amazon because I couldn’t make the publication date,” Juliet said. “I remember speaking to the rep, and she was so kind when I told her I was about to have brain surgery. But my heart was falling out of my chest.”

A lifelong writer, Juliet began spinning stories as soon as she learned to put pencil to paper. She refused to give up on her greatest passion, and she knew she had to find a way to finish BLEMISHED and continue her career.

With some help from her neuro-ophthalmologist, Juliet discovered vision rehabilitation therapy and software that magnified her computer screen. “I was amazed by the technology available for people who are blind or have low vision. And with the computer software, I was able to finish the book.”

Since her brain surgery, Juliet has published BLEMISHED and SMITTEN, which won the National Indie Book Award for Erotica. All along, though, she plotted through another story inside her head.

“When I started vision rehab, I took the bull by the horns. I learned to use a cane. I kept my mind open to devices and gadgets that could help me manage my vision loss. I even made a career change,” Juliet said. “It was so important to me to return to living a normal life again.”

As the story of BLINDSIDED began to unfold, Juliet had one goal. “I wanted to show people who might have lost sight that there is hope and help out there.”

In BLINDSIDED, vision loss disrupts reporter Josie Rossi’s world, but she’s determined to recover with assistance from the most unexpected places—and from former lover and rival journalist Oliver Billington. As their lives converge again through tragedy, Josie and Oliver must ultimately decide if trust can salvage the remnants of their love.

“You don’t realize how much you depend on your eyes—from my job to walking down steps to going to the theater and museums. Suddenly, everything I did in my old life seemed like it depended on my sight.”

BLINDSIDED is dedicated to Juliet’s vision rehabilitation therapist, whom the author credits with giving her the courage to conquer this curve in the road.

Juliet also hopes to raise awareness of rare diseases that cause vision loss. “There are very few scientific facts on Pseudotumor, and I was asymptomatic.” By the time of her diagnosis, the damage to her optic nerves was irreversible, and Juliet is now legally blind. “But people need to know that this disease doesn’t have to be a death sentence. You can work a full-time job. You can write that book you’ve been plotting in your head.”

Since her last surgery, she’s traveled to visit friends both in the US and abroad, including a trip to Scotland. She’s also managed to keep up with her other hobbies of theater and art with special binoculars that she wears to catch the latest Broadway musicals and art exhibits in New York City.

Now, she considers every day a celebration. “I took life for granted when I was fully sighted,” Juliet said. “My friends, my career—and my writing. I’ve learned how to appreciate the world on a new level since my vision loss and brain surgery.”

In her spare time, Juliet loves travel, eighties music, wine, food, theater and all things French. When she’s not exploring the big cities of the world—most notably Paris—she lives and writes in Brooklyn and is the proud cat mom to a very spoiled Russian Blue rescue. She’s also a lifelong Duran Duran fan. 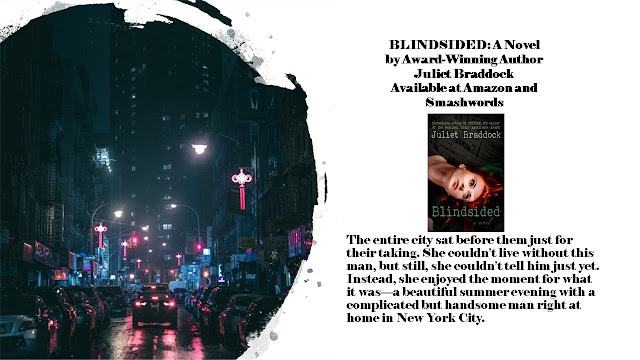