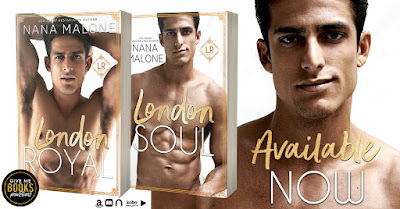 Before her, I was:

Rich.
Entitled.
A possessive pain in the ass.

Who am I kidding? I still am.

Love wasn’t for me.
I’d come to terms with that a long time ago.

And then I met her. I was this close to freedom. But one look at her and I was caught in a web I could’t escape. One I didn’t want to escape.

But then someone took her from me. Now they’ll find out just how far I’m willing to go to get her back.

To save the woman I love, all I need to do is expose my secrets. Secrets that will have consequences for her and the crown.

What a rush! Part two of Lex and Abbie's story did not disappoint. Lex's secrets are threatening to destroy everything he had built with Abbie. Abbie's past merges into her present and she needs to decide her future. My emotions were all over the place. There were swoony moments and 'what' moments. This couple deserves the happiest of endings.