Cover Reveal - With the Band by Natasha Preston 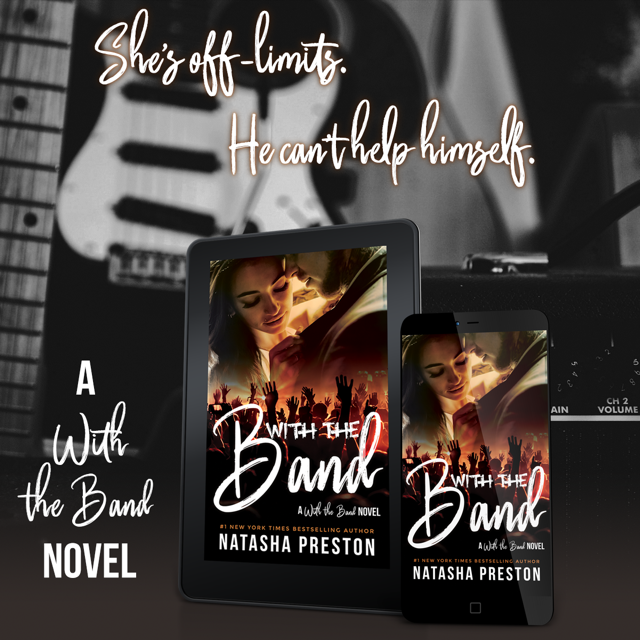 With The Band Cover Reveal!
Natasha Preston’s With The Band has a brand new cover and blurb!
Texas finds herself about to embark on a tour with the object of her many fantasies. Kitt is lead singer of the hottest up-and-coming band, Filthy Sound. She’s been obsessed with him since her rock God dad began mentoring them.
Texas and Kitt are about to spend a lot of time cramped in a tour bus, and he’s finding her impossibly tempting. But he knows he’s risking the tour’s success if he breaks her daddy’s distinct rule about not touching his daughter.
She’s off-limits. He can’t help himself.
With The Band is available to purchase at Amazon, iBooks, Nook and Kobo
Amazon universal - https://goo.gl/a2JUQ1
iBooks - https://goo.gl/y2vDjV
Nook - https://goo.gl/22vkPc
Kobo - https://www.kobo.com/gb/en/ebook/with-the-band-5
Goodreads - https://www.goodreads.com/book/show/27243720 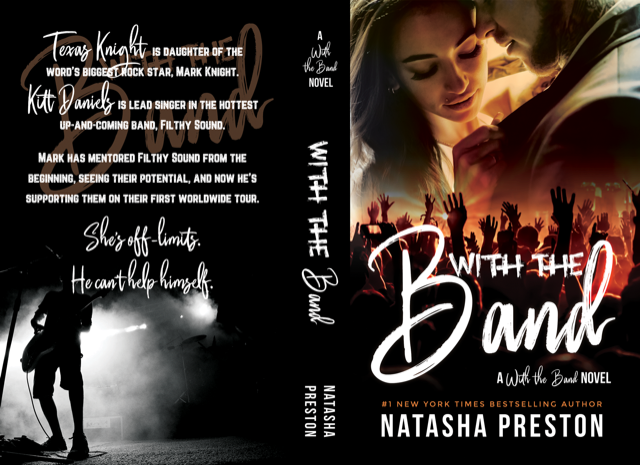 Teaser:
Saying Texas is ugly is like saying I’m bad in bed. She’s the most beautiful thing I’ve ever seen, and I’m killer between the sheets.
Jealousy is an ugly emotion but one of the hardest to control. I’ve learned that a thousand times over since I met Kitt. 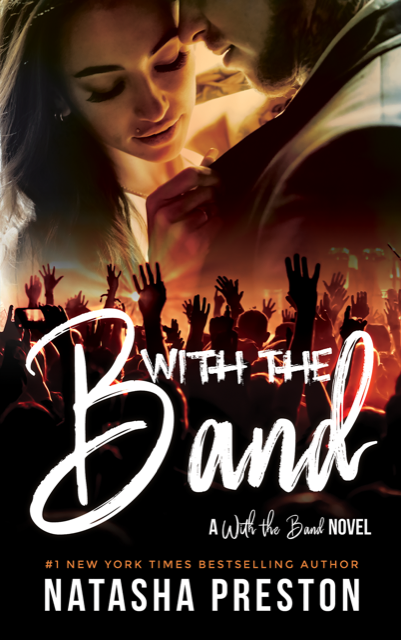 About Natasha Preston:
UK native Natasha Preston grew up in small villages and towns. She discovered her love of writing when she stumbled across an amateur writing site and uploaded her first story and hasn’t looked back since.
Natasha is the Author of...
THE SILENCE SERIES
Silence
Broken Silence
Players, Bumps and Cocktail Sausages
Silent Night
THE CHANCE SERIES
Second Chance
Our Chance
STAND-ALONES
Save Me
With the Band
Reliving Fate
Lie To Me
After The End
YOUNG ADULT THRILLERS
The Cellar
Awake
The Cabin
You Will Be Mine
The Lost
Visit her website here: http://www.natashapreston.com/
Facebook: https://www.facebook.com/authornatashapreston/
Follow on Amazon: http://amzn.to/2rStVfG
Join her Reader Group: https://www.facebook.com/groups/1801908860088300/
Subscribe to her newsletter: http://www.natashapreston.com/contact