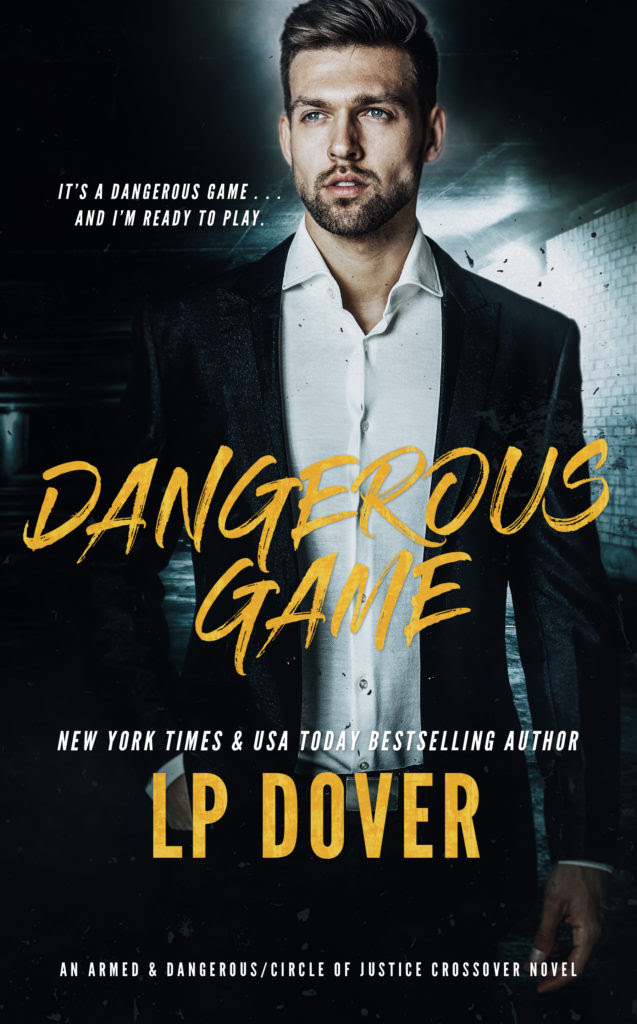 BOOK BLURB   From New York Times and USA Today bestselling author L.P. Dover comes the crossover fans having been waiting for! Beloved characters from her Armed & Dangerous and Circle of Justice novels come together in this tantalizing new series!   For years, my family was on top. Ruthless. Respected. Feared.   That all changed with the death of my father. As I moved into the position of power over the Corsino empire, enemies to the family tried to take over my city. They thought I would be weakened by my loss. They don’t know me.   My name is Dominic Corsino, and I have a ravenous appetite for money, power, and women. The last of which I pushed aside when Faith Hilliard, a close family friend, turned up in need of help. I’ve always wanted her, yet couldn’t bring myself to involve her in the dark savagery of my world. Now, she’s within my grasp once more. If I didn’t fear her running from my brutal truth, I would have already tasted her sweet temptation.   But the time for hesitation passes when a fighter in my underground ring is murdered. With my family name at stake, I can no longer hide who I am and what I’m capable of. It’s all coming down to a one winner-takes-all match. If I walk away with the prize, the threats against the Corsinos will be crushed. If I lose, our entire empire will crumble.   It’s a dangerous game … and I’m ready to play.   Add to your Goodreads TBR: https://www.goodreads.com/book/show/48282523-dangerous-game 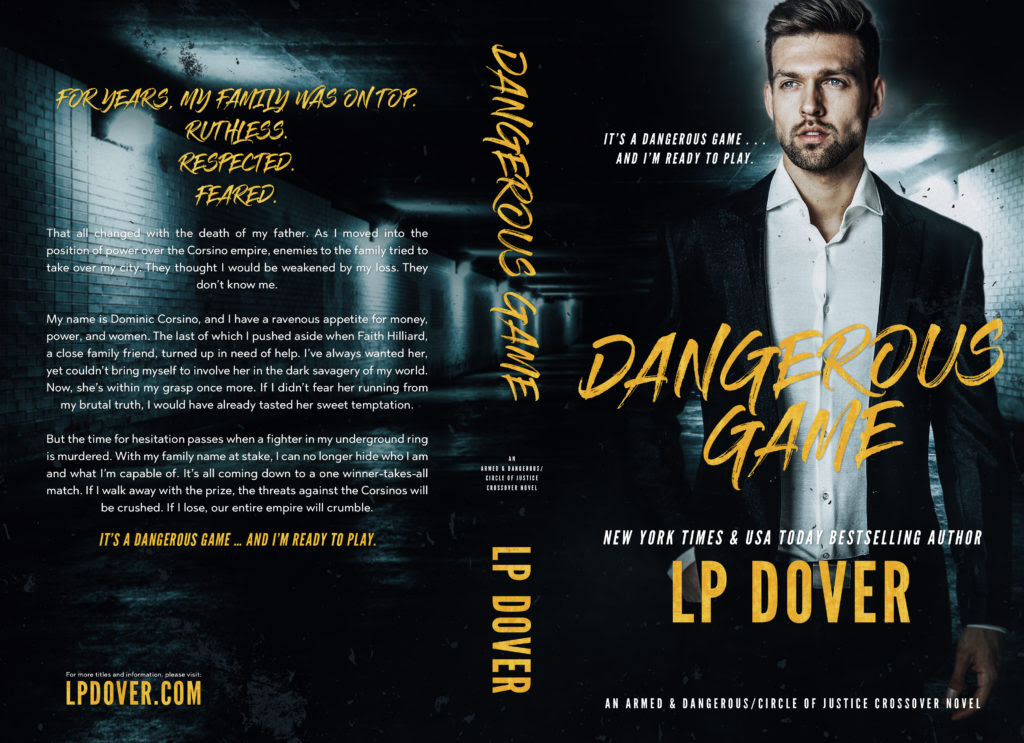 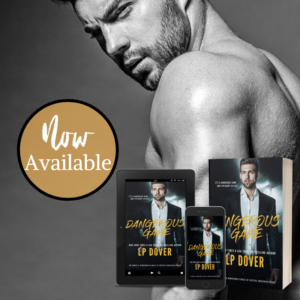 Amazon: https://amzn.to/2nEizzN B&N: http://bit.ly/3323aIo iBooks: https://apple.co/2Va5HxH Kobo: http://bit.ly/2ACQNGK Google Play: http://bit.ly/2ooFMGE Smashwords: http://bit.ly/2InDpua GIVEAWAY To celebrate the release of Dangerous Game, L.P. Dover is giving away a $50 gift card! Enter here: http://www.rafflecopter.com/rafl/display/e87f05d51/   EXCERPT   The fight was almost done. Dominic’s fighter didn’t have a single drop of blood on him. All it took was a couple more punches and the Salvatore fighter was on the mat, his face a swollen, bloody mess. Sam hooted and hollered in celebration, prodding me to celebrate with him. “Come on, Faith. Your team just won.” If only I’d known I had a team. I stood with him and clapped along with everyone in the crowd. Marco handed out the stacks of money to those who made the right bets, and once that was done, he took the largest amount of cash over to Dominic and handed it over. I’d never seen that much money before. “This seriously can’t be legal,” Sam said, gazing around in awe. “That doesn’t bother you?” I countered. If he only knew the things I did. Judging by the look on his face, it didn’t. “Not at all,” he said, shaking his head. He was starstruck. The room was filled with some of the richest people in New York City. With the right connections, his brewery could skyrocket. It was scary how money could blind you. Tons of people walked up to Dominic to congratulate him and he met them all with a smile on his face. There were even a couple of women who tried to rub up on him and he moved away without giving them a second notice. Deep down it gave me a level of satisfaction to see that, but it still didn’t change the fact that he kept a huge secret from me. “Why are you standing over here and not with Dominic?” Sam asked, nodding over at Dominic. I met his gaze and when I didn’t answer, he sucked in a breath. “Oh my God, you didn’t know about all of this, did you?” I shook my head. “Dominic failed to mention it.” His eyes widened. “What the hell? I’m so sorry. Do we need to go?” “Probably. I don’t want him knowing I’m here.” A part of me wanted to go right up to Dominic so he’d know I was there, but the other wanted to test him, to see if he’d ever tell me the truth. However, it didn’t look like I’d get to do either of those things. You know how in the movies there would be a crowded room and the two lovers were destined to make eye contact? That was exactly what happened. Dominic found me from across the room and froze. My heart stopped and everything around me ceased to exist. There was no sound, only the pounding of my pulse in my ears. Sam grabbed my arm. “Faith! What do we do?” The spell had broken, and I sucked in a breath. By now, Reed had seen me and both him and Dominic tried to get through the crowd. It wasn’t the right time or place to confront him. I squeezed Sam’s arm. “You can stay here, but I have to go. Thank you for tonight.” Turning on my heel, I hurried toward the door, but I didn’t get far before someone stepped in my way. “I should’ve known you’d find your way down here.” Dominic and Reed still hadn’t managed to get through all the people, but I was running out of time. I looked up at Isaiah who had a smug grin on his face. “Yeah, well, I’m resourceful like that.” I tried to step past him, but he blocked me again. “Seriously, Isaiah, you need to get out of my way.” He crossed his arms over his chest. “You’re not thinking of running off, are you?” I wasn’t the type to run away from anything. I faced my problems head on. Huffing, I pursed my lips. “Actually, I want to go to my room. In a matter of minutes, Dominic will be pushing through that swarm of people,” I said, pointing at the mob behind me. “And when he does, I don’t want to be here. He can find me upstairs.” Isaiah’s gaze narrowed, but then he nodded. “Okay. I’ll make sure you get up there.” In other words, he probably didn’t believe me and had to make sure I didn’t try to run away. Instead of going to the door I came in, Isaiah led me to a red door at the far end of the room. Once we made it through, there was a long hallway and a set of elevators. Things were about to change. I could feel it. TEASERS 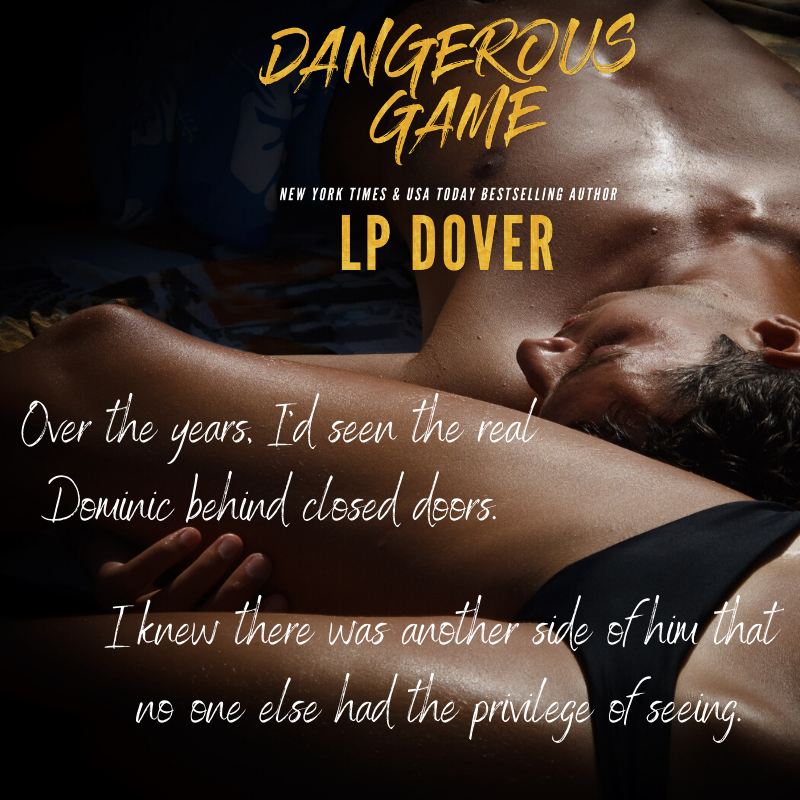 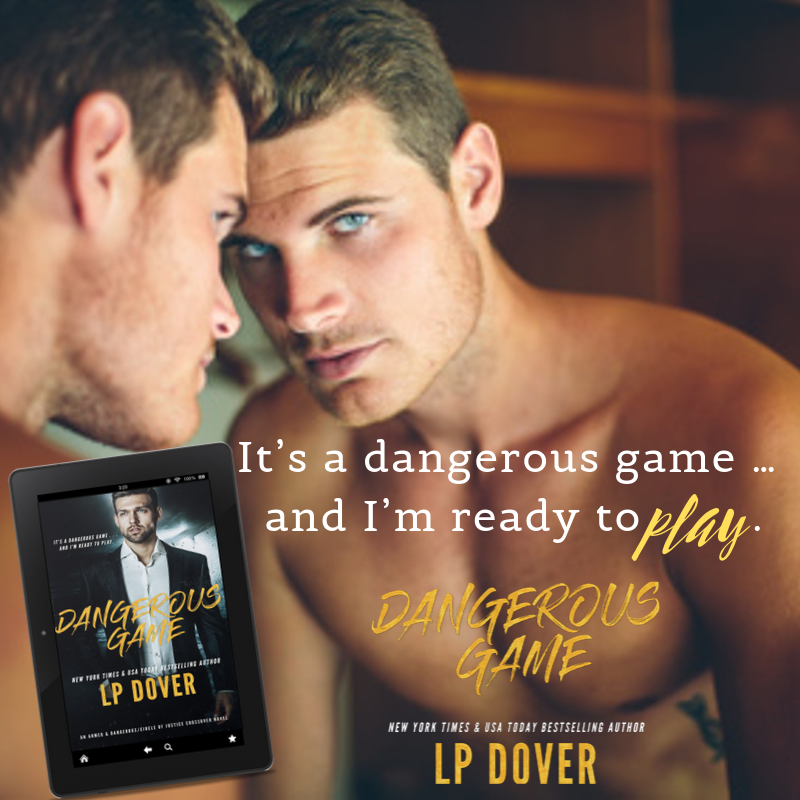 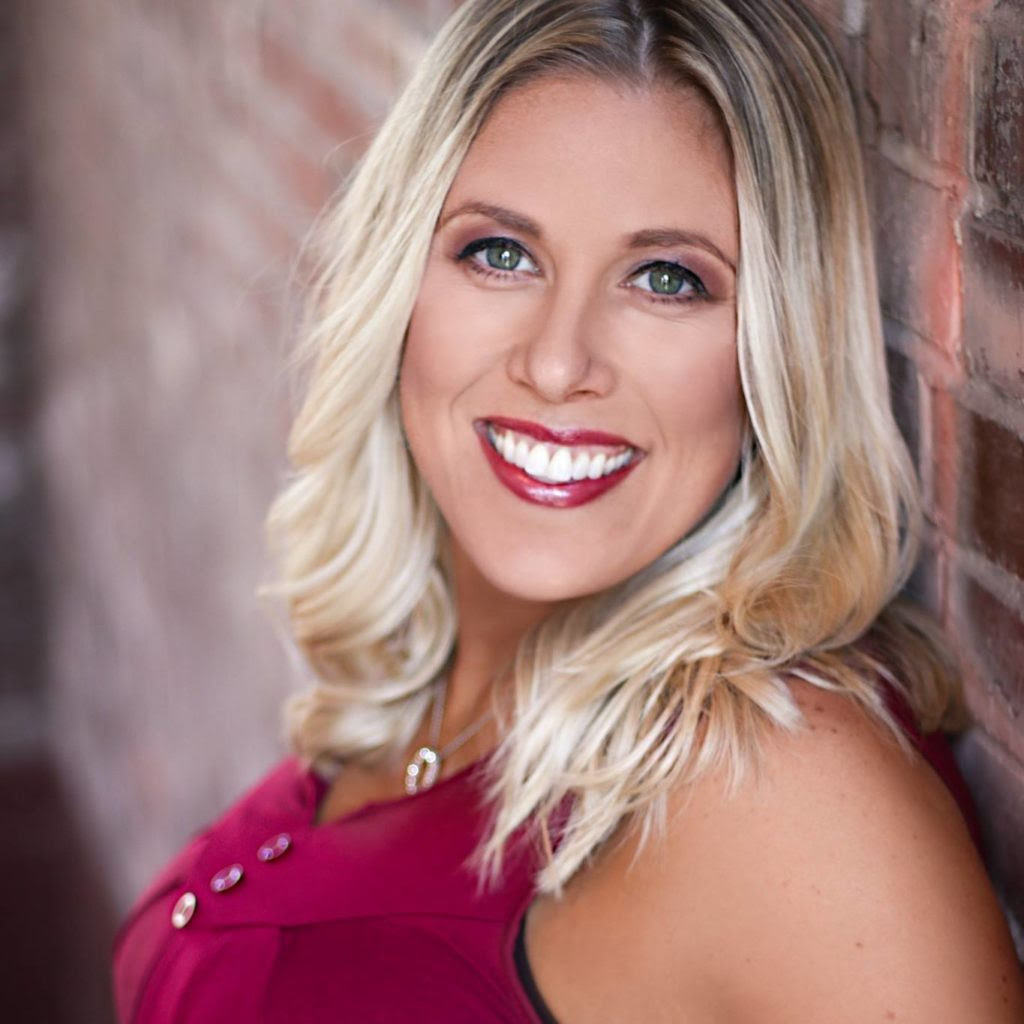 New York Times and USA Today bestselling author L. P. Dover is a southern belle living in North Carolina with her husband and two beautiful girls. Before she began her literary journey she worked in periodontics, enjoying the wonderment of dental surgeries. She loves to write, but she also loves to play golf, go on mountain hikes, and has a passion for singing. Her youngest daughter, who she’s also written a children’s book with, expects a concert each and every night before bedtime, usually Christmas carols. Dover has written countless novels in several different genres, including a children’s book with her youngest daughter, but her favorite to write is romantic suspense. However, she has found a new passion in romantic comedy, especially involving sexy golfers. Who knew the sport could be so dirty and fun to write about. AUTHOR LINKS   Facebook: https://www.facebook.com/lpdover Facebook Group: http://bit.ly/2hlE3vs Website: http://www.lpdover.com Twitter: https://twitter.com/LPDover Goodreads: http://www.goodreads.com/author/show/6526309.L_P_Dover Amazon: http://amzn.to/1onBUPK Pinterest: http://www.pinterest.com/LPDover Google Plus: https://plus.google.com/+LPDover/posts Email: authorlpdover@gmail.com Newsletter: http://eepurl.com/EbduX Bookbub: http://bit.ly/2eXg0o2