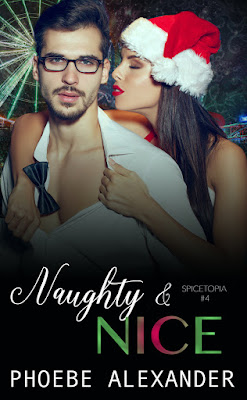 At Spicetopia, naughty and nice can be two sides of the same coin. Especially during the holidays.

Micah Greene didn't know what to expect when he was asked to officiate a wedding at a theme park catering to "grown-ups." He'd worked so hard to keep himself on the straight and narrow after he saw what promiscuity and debauchery had done to his brothers. He would somehow resist the seductress event planner he had to work with ... no matter how hard he was ... ahem ... IT was.

Surely he could control his naughty thoughts around her. It was just one week, right?

Natalie Roux joined the Spicetopia staff as the official event planner, and her first big event was the owner's wedding. She wanted to make a good first impression, but the minister they brought in to officiate the ceremony was a sugarplum she wouldn't mind sinking her teeth into. She needed to keep her hands (and mouth) to herself if she was going to pull off the holiday wedding of the century!

She could be nice and not let herself get into trouble. It was just one week ... right? 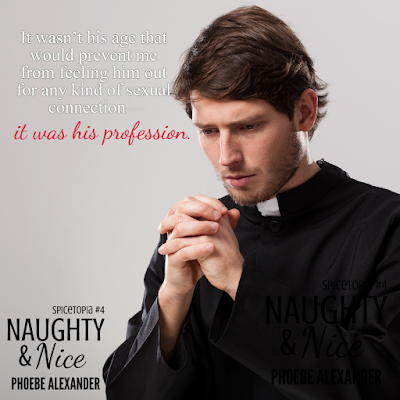 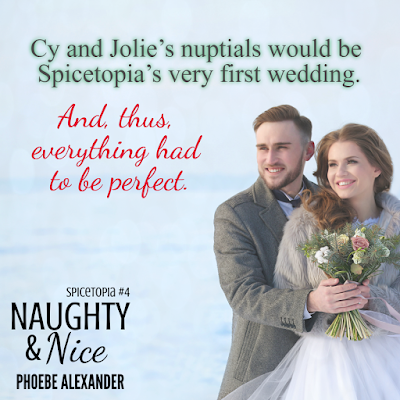 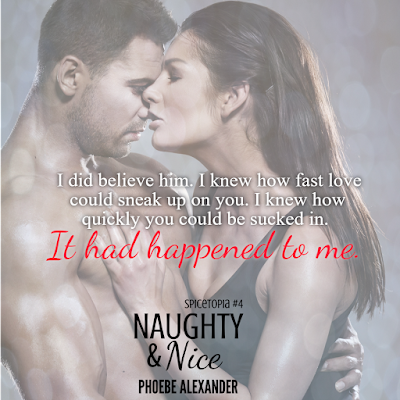 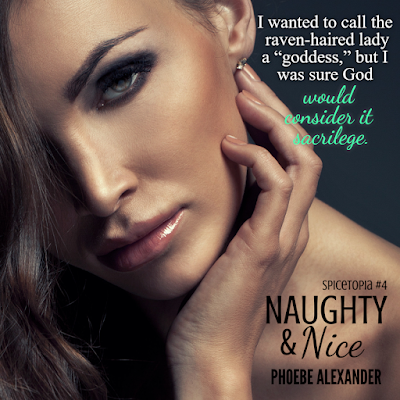 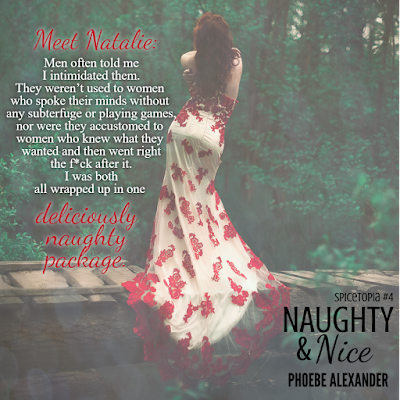 Naughy & Nice is Book 4 in the Spicetopia series. Though these sweet and spicy books each function as standalones, here is the preferred reading order: