We are excited to share with you two books that are apart of the Secret Confessions: Sydney Housewives. Come Meet Camilla and Darla........

Camilla
To all of Sydney’s society, she’s just the upstart, gold-digging waitress that somehow managed to snare one of Australia’s most eligible bachelors.
Camilla can’t pretend that the gossip and the innuendo that follows her wherever she goes doesn’t bother her, but when the world gets too much, she just stays in her beautiful home, with her beautiful husband. After all, no one knows what goes on behind closed doors, and plenty goes on at Camilla’s house. 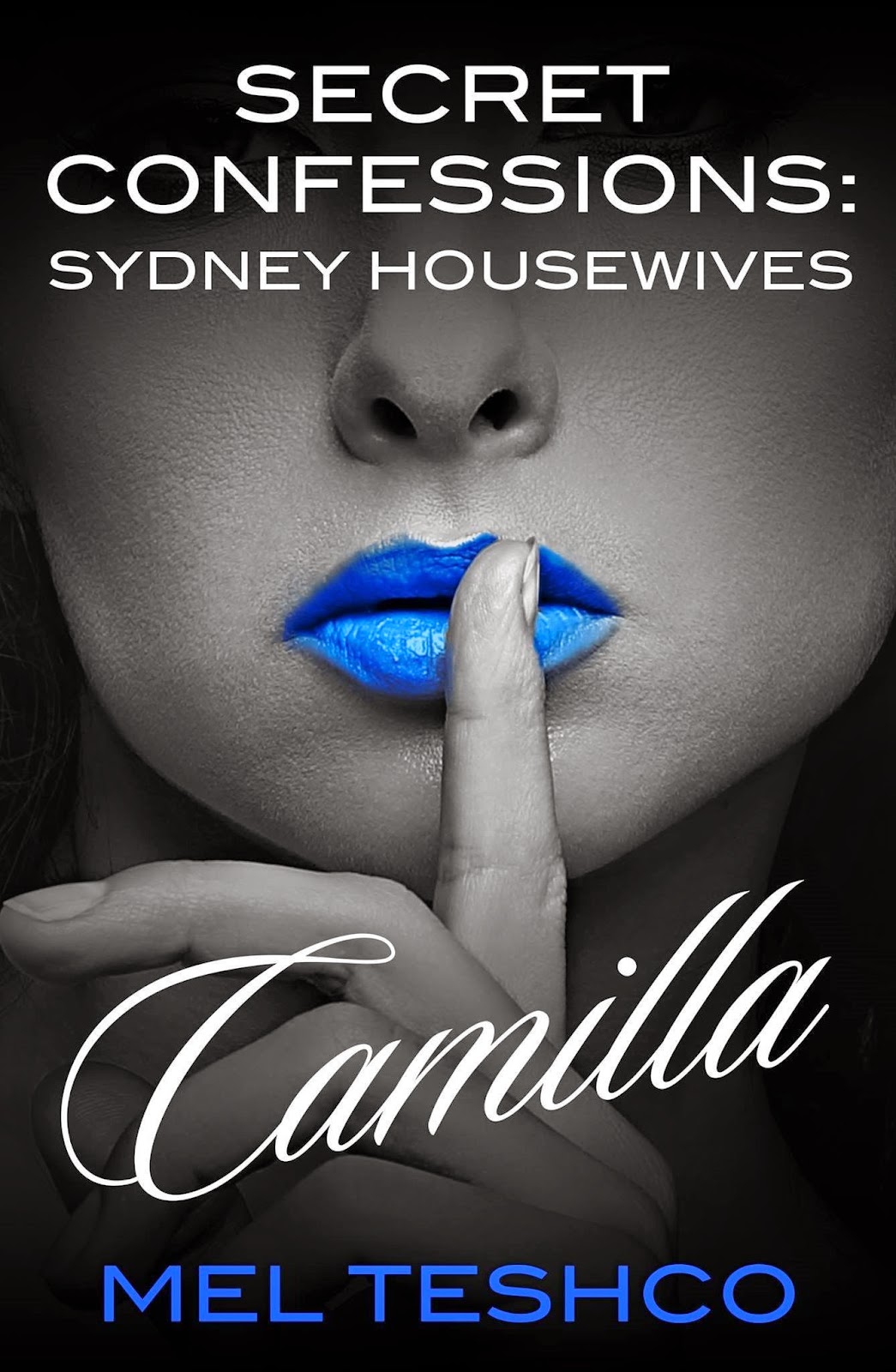 Camilla Jackson slowed as she walked through the master bedroom she shared with her husband, Drake. Though floor-to-ceiling windows showcased glorious views of Sydney Harbour, her eyes were drawn to the king-sized bed with its dishevelled sheets and cover, one plump pillow thrown in wild abandon to the floor.
She inhaled the faint scent of musky sex, a smile pulling at her lips. Hell, she hadn’t stopped smiling since she’d woken this morning. Her body still tingled all over from yet another night of lovemaking with Drake. He knew how to bring her every nerve ending to life, and how to make her feel cherished and adored, as though she was the only woman in the world for him.
She stepped into the en suite, pausing to take in the bathroom’s utter spaciousness. Even after five glorious months of marriage to one of Australia’s wealthiest men, she’d never forget her modest upbringing; never forget that this bathroom alone was bigger than the dorm room she’d shared with another uni student for almost three years.
Recalling her humble past made the present that much sweeter.
She dragged off her sweaty gym clothes and underwear before throwing them into
the clothes hamper. Every muscle burned from her workout in the gym on the ground floor of the building, but man-oh-man was it all worth it!


The basin mirror reflected her image as she stretched her arms above her head, her full, lightly freckled breasts jutting out and her mass of spiralled red hair caught back in a topknot. A muscle in her shoulder popped and she dropped her arms back to her sides. She needed to keep up her fitness levels if she had any hope of matching Drake in the bedroom. It hadn’t taken her long to discover her husband’s fondness for her body, his appetite for sex.
Her smile widened into a grin. He might be twenty-six years her senior but his stamina was fucking incredible. 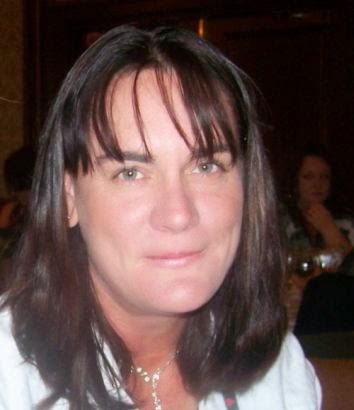 Darla
Darla knows her place at the exclusive Diamond D dinners – she is comic relief, entertaining the rest of the women with tales of her dating woes. Since her divorce, she has been on one bad date after another, and not even a high-class dating agency can help.
But a massive storm front brings a visit from an old neighbour – and suddenly being neighbourly takes on a whole new meaning. When it rains, it pours, and it looks like Darla’s dry spell is about to become a thing of the past. 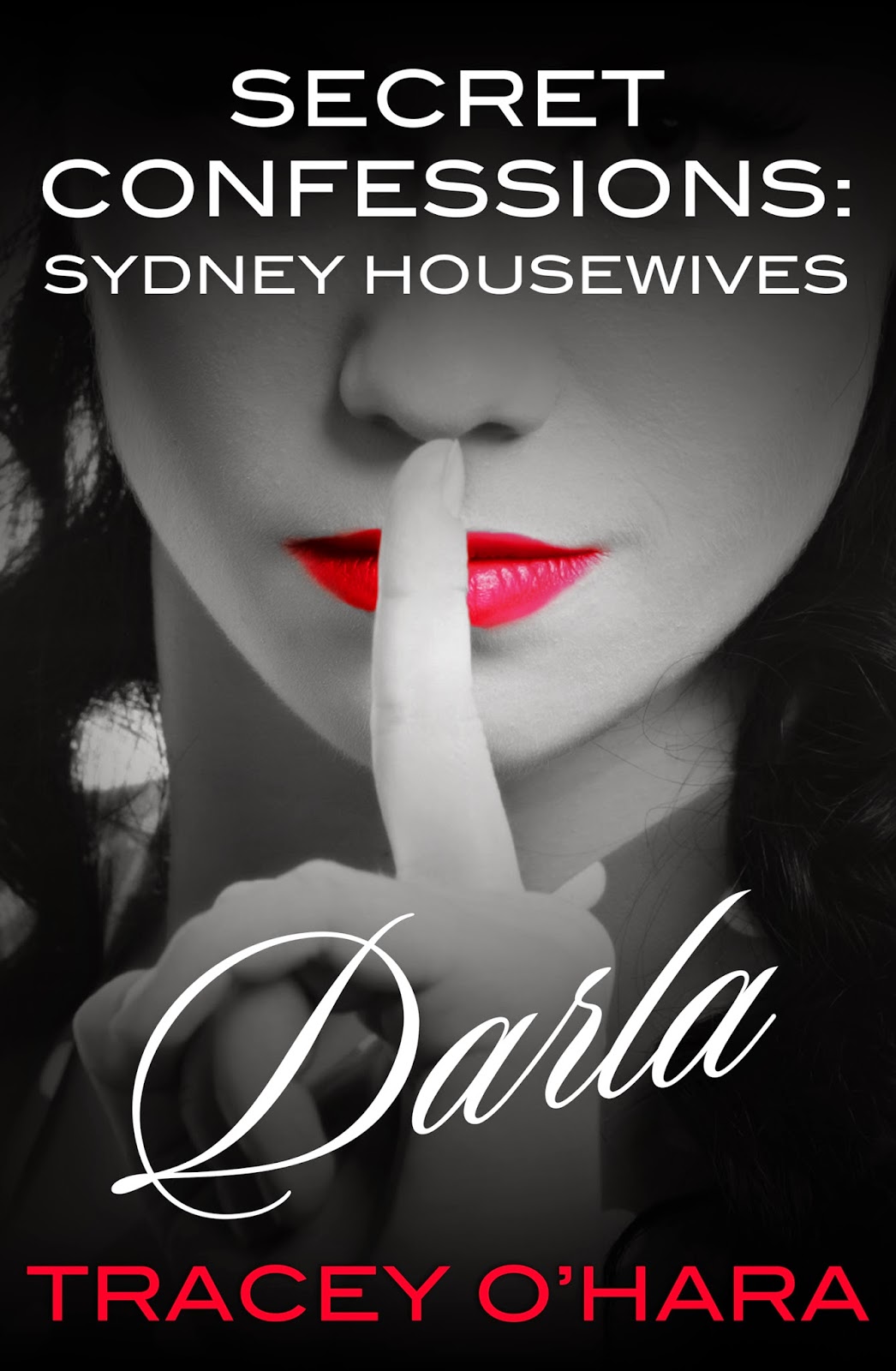 Darla stripped off her riding gear and lowered herself into the tub of warm water. The lavender-scented soap suds tickled and licked her skin like a lover’s kiss as she reached for the chilled glass and took a sip of the sparkling champagne.
Ah, better. Exactly what she needed after a day like today. Let it go. Stop thinking and allow the bath do its job. Right now nothing was more important. Not Julian, not dinner, and definitely not those Exclusively Yours loser dates. What she needed was a real man. Someone to come in and sweep her off her feet and take her to paradise instead of talking about social conquests, financial investments, or the effect the economy was having on the Dow Jones. She needed a real, red-hot-blooded man.
An image of Hunter Davis popped unexpectedly into her head. Now there was a hunk of male flesh she could really sink her teeth into. Too bad she wasn’t his type. From what she’d seen, leggy blonde model types seemed more his speed, not short auburn-haired divorcées. Besides, he was more on friendly terms with Julian than her. In fact, they’d barely spoken to each other since her ex-husband had moved out.
But man, oh man, did he have a body she could wrap herself around, and some.
Those broad shoulders and sculptured muscular arms. Those tight washboard abs, resulting in the most perfect six-pack she’d ever seen. He could sweep her off her feet any day. Both literally and figuratively. His 6’ frame would have no problem with her 5’2” slenderness. Her nipples hardened at the fantasy of him carrying her to bed. She brushed her palm across the tight nubs and sent a tingle straight to her core. It’d been so long since she’d felt a man’s touch. Just the mere thought of it made the apex between her legs throb with something akin to pain. That’s how long it had been.
Well…she’d taken this bath to relax. If she couldn’t have the real thing, she could damn well fantasize about it. 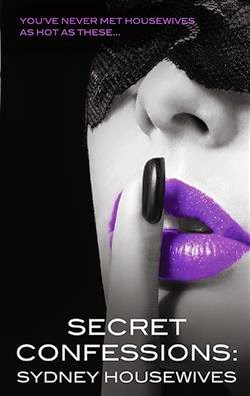 Meet the Housewives of Sydney. They are wealthy, elegant, poised, and constantly in the public eye. But what goes on behind closed doors, in the private homes and parties where the cameras and paparazzi aren’t welcome? Delve into the most personal details of their relationships, their friendships and their lives. The only question is: can you handle the heat?