Wynn Brenwood has been trapped by his mother since birth, shut away in a sterile, hospital-like apartment.

Is it her desire to keep him safe that sees him locked up in his pristine cage? Or are her motives less innocent and well-intentioned?

Wynn longs to break free to experience the world he sees beyond his window.

Desperate to escape, he meets Doyle, a handsome, leather-clad, and enigmatic stranger.

But is Doyle real, or is he just a figment of Wynn’s imagination? 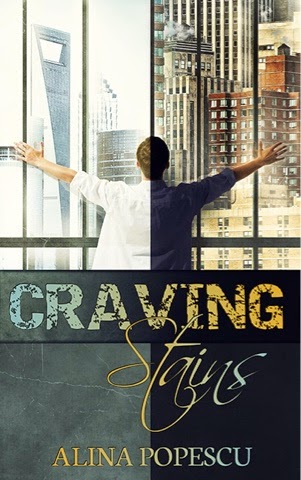 A nervous giggle escaped him and he rolled his eyes. It was hard to keep his emotions under control. Twenty years made for one long wait to finally breach the confines of his apartment. He looked around, taking in the large, pure white room with its scarce, minimalist furniture. The wall made of nothing but floor to ceiling windows was his favorite part. Sure, it threw away anything from the sun that was not pure light—UV filters, air cleansing devices, and CDC grade measures all made sure no microbes or bacteria ever penetrated this cage—but it was still his only direct connection with the outside world.

Wynn snorted, thinking of how unnecessary it would all become the moment he stepped outside and returned home alive. Only then would these absurd measures his mother had taken be forgotten. He closed his eyes and took a deep breath. He had to prove to her he could stay healthy and walk outside. He was tired of the Maid Bot 2000, his computer, his TV, and the books he kept buying. He supposed he should be thankful for the ‘Rise of the eBook’, yet he could not love them, not really, not like a normal reader. The TV programs, the news and stories on the Internet, the photos and videos of faraway places, the gripping stories in the books he read, they were all cruel reminders of the life he’d been denied. A normal human being, even if they never did go to that exotic beach on the other side of the world, still knew they could. They weren’t stranded, abandoned in their own home, with the somber doctor that came to inspect every inch of Wynn’s body as their sole contact with the outside world, other than his mother of course.

He perked up when he heard the click of the outside door opening. It unlocked when a certain code was pressed into the keypad on its right side. Wynn had seen the process through the security system; he’d never been on that side of the apartment. His mother’s high heels clicked on the floor, the hiss of dry showers cleansing her followed. Ten meters of different heads pushing air and heuristic nanobots, mixed into the traditional bacteria- and virus-killing formulae. It was all the rage in disease control: microscopic machines programmed to guess what would make a potentially deadly intruder, and isolate the tiny killers before they could be spread. Wynn imagined it cost a lot, but there was nothing his mother wouldn’t do to keep him alive. To what end, he could not guess. Maybe she just enjoyed having him a prisoner.

A bright smile curved his mouth, this time reaching his eyes. Wynn did not have to fake his pleasure at seeing his mother; it was as natural as it could be this time around. She was taking him outside. He supposed it made sense to even think he might love her one day. If he got to enjoy a normal life, experiencing the outside world, Wynn was ready to forget everything about how she’d kept him locked up and alone for as long as he could remember.

She walked to the armchair he was sitting on, taking step after stiff step. Wynn had always thought he hated the sound of her heels hitting the marble floor, but today it heralded amazing new adventures, so he smiled and stood up. She took his hands in hers, giving them a little squeeze and gracing him with a tight smile.

Moira Brenwood was a beautiful woman, he knew. She was tall and slim, always full of grace, perfect in every detail, from the way her hair was pulled up into a messy bun, to the impeccable line of her eyebrows, and the flawless makeup.

“Good morning, darling. How are you today?” Her voice echoed in the large room, coming back to him with the same rehearsed warm notes.

“Wynn! Where are your manners?” she hissed through clenched teeth. He saw the disapproval in her look and the way her lips were pressed together. Moira didn’t take too kindly to rude people.

He cringed and gave her an apologetic smile. Damn it, don’t screw this up! Don’t give her any reason to take back her promise of allowing you outside!

Writer, traveler, and coffee addict, Alina Popescu has been in love with books all her life. She started writing when she was ten and she has always been drawn to sci-fi, fantasy, and the supernatural realm. Born and raised in Romania, she finds her inspiration in books of all genres, in movies, and the occasional manga comic book. She is a proud geek who needs her fast Internet and gadgets more than she needs air.