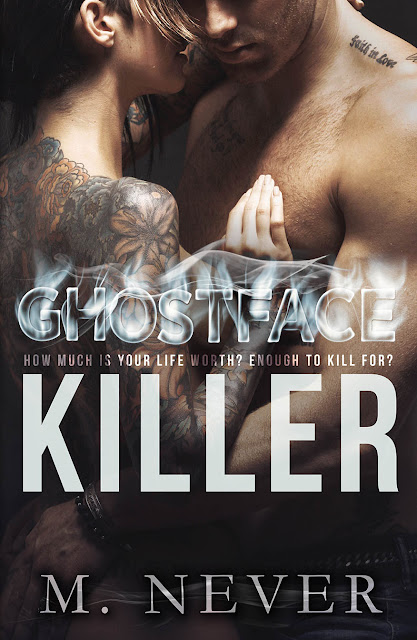 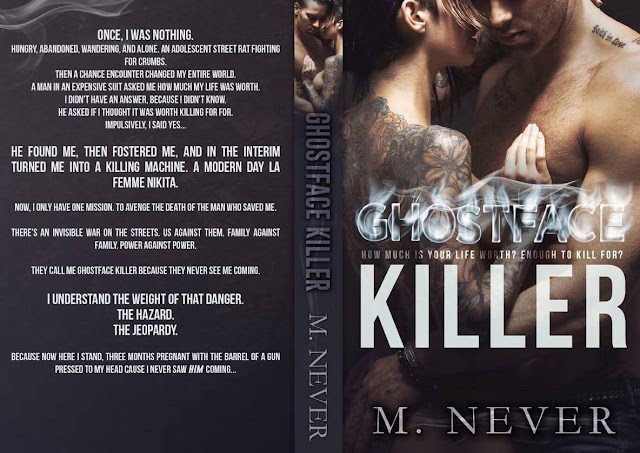 Once, I was nothing.
Hungry, abandoned, wandering, and alone. An adolescent street rat fighting for crumbs.
Then a chance encounter changed my entire world.
A man in an expensive suit asked me how much my life was worth.
I didn't have an answer, because I didn't know.
He asked if I thought it was worth killing for for.
Impulsively, I said yes...

He found me, then fostered me, and in the interim turned me into a killing machine. A modern day La Femme Nikita.

Now, I only have one mission. To avenge the death of the man who saved me.

There's an invisible war on the streets. Us against them. Family against family. Power against power.

They call me Ghostface Killer because they never see me coming.

I understand the weight of that danger.
The hazard.
The jeopardy.

Because now here I stand, three months pregnant with the barrel of a gun pressed to my head cause I never saw him coming... 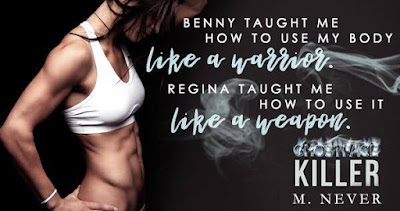 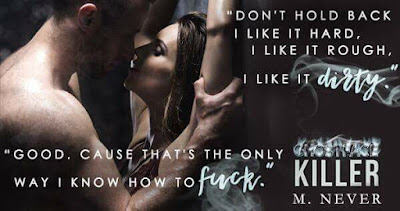 M. Never resides in New York City. When she's not researching ways to tie up her characters in compromising positions, you can usually find her at the gym kicking the crap out of a punching bag, or eating at some new trendy restaurant.
She has a dependence on sushi and a fetish for boots. Fall is her favorite season.
She is surrounded by family and friends she wouldn't trade for the world and is a little in love with her readers. The more the merrier. So make sure to say hi!